Look out ladies Tunwarm has the Saturday Night Fever, and he is dressed to impressed. Now fellas if like me you feel the need to go that extra mile and look good then head down to Hoorenbeek and have a look at the MESH vest collection. They come in different colours and the shirts and ties are colour changeable with a HUD. The Trousers are also MESH and are available in different colours also. There is also a Three peice suit in MESH as well as a lot of other goodies. To be honest till now i wasn’t impressed with Hoorenbeek but they have upped the ante and have changed their outlook. Well done Hoorenbeek …

Another Release from GothiCatz for men and we are proud to introduce Arvid, with ripped jeans, t-shirt and leather bikers style jacket with MESH attachments. Ok I know what your asking: Why aren’t they doing the entire jacket as MESH? Well dear blog watcher I asked the same question to a GothiCatz spokeperson and the reply I got was confusing and it included something about Alphas and different types of MESH and […] as I am a journalist and not a designer I left it at that. But all in all it’s a good outfit and I hope that one day soon GothiCatz goes the whole hog and releases outfits made entirely from MESH and not just bits and pieces …

The newest freebie from Vitamen for both January and February, have a gold or silver checkered trim on the leg. Looks good to me, certainly beats Beckhams attempt … As with all things, there are good and bad. For instance: MESH is great because a) the textures are sharper and there is much more detail, not only that but when you move the garment doesn’t disappear in your body like a sculpted prim. The downside to MESH is you need a compatible viewer to see and wear it and not everybody has the viewer and. You are missing some great stuff. Ok, about the outfit. The Blouse is MESH from The Secret Store and looks great with a short skirt or jeans or even the knee-length skirt you got in the back of the inventory you haven’t gotten around to wearing lately. Those sexy boots that Tammy is wearing come from Insolence and are also MESH, get a look at the detail I was banging on about. The downside to Insolence is they don’t do them in a fatpack so if you are a fatpack buyer it costs more, but then you can choose what colour you like instead of having all the boots you wont wear because you’re not keen on the colour. Let’s just say that before i changed my viewer I wasn’t sure about MESH, but now I’m sold …

Wanna go to a party? Well I know where there is one and you are all invited… And what a party it’s going to be, at a place where you can chat, dance and have fun without drama and stress, after 2 years it’s still going strong, that has had its fair share of ups and downs and this is it’s story:

2010
22 January Bridget Hammill (aka Bethany Markova) opened the doors of a new club, naming it after a chocolate brown Labrador named Muddy.  Muddy’s came to life as a club where one could be comfortable taking their grandmother to if it existed in RL.  A place in SL away from sex and all the other so called ‘adult’ stuff.  A place free of drama and tension; A place where everybody would know your name.  Up from the prim ground textures sprang Muddy’s Music Cafe’.

28 Jan – WilliamD Bracken shangai’d as bartender.  with those immortal words “Hey William, come check out the club I just opened.” (And he still can’t mix a Martini worth a darn). By the end of March the VIP Group had risen to 1000 members and within 3 days the traffic had hit 30,000 in a day.

In the Sept – Muddy’s changes location on original Estrella sim without missing a shift.

It hasn’t all been plain sailin; Just 18 months after opening Beth was forced to step away from day to day activities. Within a month Estrella announced its forthcoming closure. Due to logistics involved and Beth rarely online attempting to move the club on short notice is deemed financially impossible.  It is announced that Muddy’s will close at at midnight on the 26th. This came as a blow to staff and guests, many refused to accept this as the final straw. This was a second home to everybody. Even Beth herself made a brief appearance and a reprieve was found at the eleventh hour and Muddys move to a new sim. Muddy went walkabout again after the sim owner gives William 72 hours to move which was done with barely an hour to spare.

“The Muddys staff provide a 24/7 service to everybody visiting the club, everybody gets a warm welcome whether it’s the first visit or the 101st”

2012
Jan 22 – Muddy’s celebrates its 2nd anniversary.  Many faces have changed in both Staff and vIP groups, but Muddy’s is still the place that Beth dreamed of when she first opened the doors.  The place where everybody knows your name, and they’re always glad you came.

“DJ’s and Hosts are always on everyday all day, all sets last for 2 hours and there is rarely an interruption in the DJ/Host line-up”

Snow Enchanted-Toxx: i reemeber when muddys moved within the sim – Bou asking us all to hold hands and walk in a line to the new location as it was just round the corner

They don’t need an excuse to party at Muddys, but any excuse will do. In a time when many clubs close after a few months in SL, Muddys has endured survived and fought on. Let’s hope it is around for another 2 years because I know I will miss the place and you won’t find a nicer bunch of people. But don’t take my word for it come see for your self…

You won’t be left alone and everybody’s welcome. “Where everybody knows your name and you’ll be glad you came…”

“Thank you everyone for your support and loyality over the past two years.  Here’s to many more enjoyable times.”

Festivities start at 6pm SLT on
Thursday 19th January, but it’s a party within a party 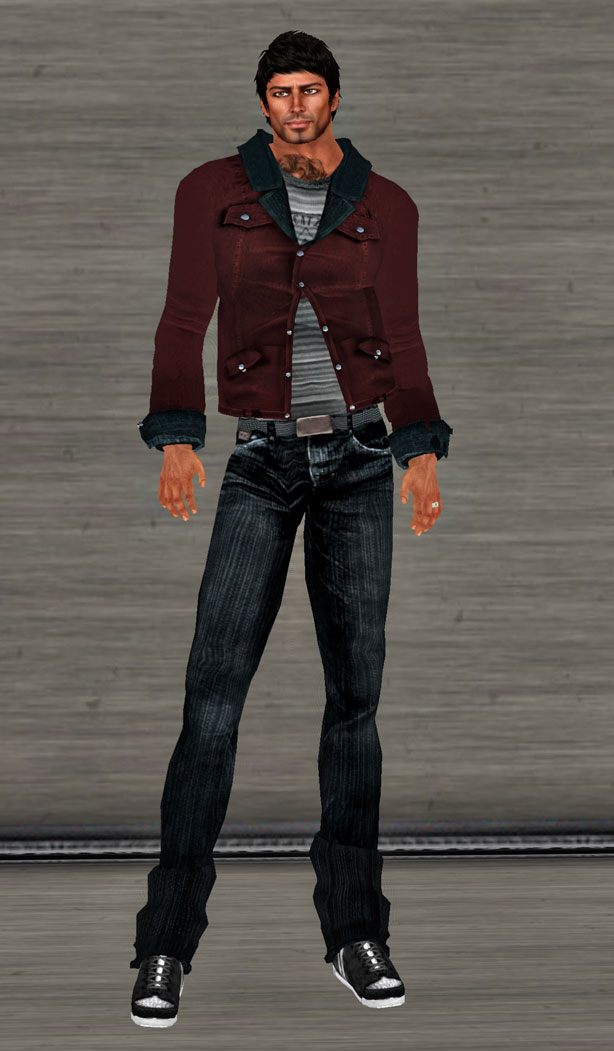 It’s not often I do a blog, but this time I couldn’t resist, especially since GothiCatz have released this outfit for men, Cruise is the latest and I hope this is the first of a new line for men and plenty to come in future …

As some of you maybe aware, Tamara and myself are beginning a new relationship. Which brings the life we have shared on the grid into Real Life, We want to keep our loyaly blog watchers informed of what is happening about this and the future of the blog site as a whole. We are please to inform you that from this friday (the 3rd), Tamara will be settling in the UK. The previous estimate of two weeks may have been exaggeratted and we hope to be back in business as early as the beginning of next week (commencing the 6th June), we would like to thank you all for your patience during this very busy time and we hope to see you all very soon. Tammy & Col